I remember being puzzled when I learned about plate tectonics in elementary school. The various continental and oceanic plates, I was told, moved incredibly slowly–only a few inches a year. Yet somehow this generated enough pressure and force, as they pushed into one another, that it caused explosive events like volcano eruptions. 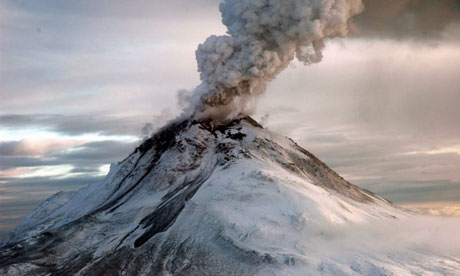 I could vaguely grasp the idea of that much pressure–I mean, thinking of something the size of the continent moving, it made sense to me that there’d be some friction and force there.

What I struggled with was the idea that only a few inches of movement a year could result in changes significant enough to yield such explosions. And yet, over time, those inches add up to wildly significant change.

I thought of this today as I read Seth Godin’s blog post “Resilience and the Incredible Power of Slow Change.”

Most people I know seem to be frustrated with the slow pace of change in their organizations. And yet most of us, unfortunately, have plenty of experience with change processes that were implemented badly–often too quickly without enough information about the value of the change–and died on the vine.

His post reminds us about the shocking amount of change that actually does occur when we step back and look at the big picture. He has a point. I mean, whatever one’s politics, it’s amazing to think of the violence that met efforts to integrate lunch counters less than 50 years ago while we now have an African American man in the office of President.

Or, for a more mundane example, how quaint those old-fashioned toy telephones on wheels now look given that most kids will never encounter a rotary dial.

Seth suggests that we “Don’t worry about what happened yesterday (or five minutes ago). Focus on what happened ten years ago and think about what you can do that will make a huge impact in six months.”

What changes do you see if you look back 10 years? What can you do to influence the direction of the tectonic plates’ movement in your organization?